Apologising to residents in Swanage and across Purbeck, Dorset Council says it is trying to fix the continuing problem of missed or delayed rubbish and recycling collections.

While most kerbside collections across Dorset are not currently disrupted, Dorset Council says it is aware of continuing problems in Purbeck.

Speaking at the Swanage Town Council meeting on Monday 13th December 2021, councillor Gary Suttle said he had raised the issue as a matter of importance with Dorset Council on behalf of local residents. He said:

“Dorset Council’s inability to pick up our bins is wholly unacceptable. Other areas in Dorset are getting their bins emptied and it should happen as a matter of course in Purbeck as well.

“I’ve been contacted by lots of people and had to intervene on behalf of residents on one road in Swanage where the recycling had been missed twice in a row.

“We will get this put right!”

Wareham depot hit harder than most

Dorset Council says that in addition to the national shortage of drivers, the Wareham depot, which serves the surrounding area including Swanage, has been hit harder than most.

It says this is due to historic challenges with retaining employees due to its proximity to Poole, which has far more employment opportunities.

It admits that recycling collections have been affected more than others, as it prioritises rubbish and food waste collections for hygiene reasons. It is also trying to minimise two successive missed or delayed collections.

The missed bin collections have caused problems for many residents, in particular those who can’t manage to get their rubbish to the tip and older people.

“Little consideration for the elderly“

One resident in her 80s said:

“I understand the problems with the recruitment of drivers and the workforce but I feel there is little consideration for elderly residents. Dorset Council only tells you it isn’t collecting your bin, the day after you’ve lugged it to the front of your property.

“If only they could plan better and tell you the day before when they know there is a rota problem, then at least you wouldn’t have to go to the trouble of putting out a heavy bin, only to have to pull the full bin back in again!

To increase the reliability of bin collections in Purbeck, Dorset Council says it has taken a number of actions:

“I apologise to everyone who has experienced disruption in recent months“

“I know many residents are annoyed and frustrated at the continuing problems with bin collections in some areas of Purbeck and I apologise to everyone who has experienced disruption in recent months. This isn’t the service we want to deliver.

“While the driver shortage is largely out of our control, I want to reassure everyone that we are working hard to explore all possibilities to resolve these ongoing issues using existing resources. We are also ramping up our efforts to fill vacancies and find current employees willing to do some overtime.

“In the meantime, on behalf of everyone in Dorset Council’s Waste Services team, I want to thank Purbeck residents for their patience and understanding at this challenging time.”

Meanwhile Dorset Council says that bin collections will be on the usual day of the week over the Christmas period, even on bank holidays.

With Christmas Day, Boxing Day and New Year’s Day falling on the weekend, rubbish and recycling collections over the festive period will not be on a different day and everyone should put their bins out on their regular collection day. 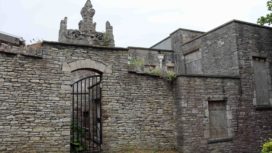 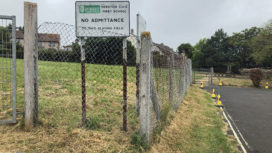 Swanage residents’ views sought on a pocket of open land The future of the old St Mark’s School playing field and sports court in Herston is under discussion since Swanage Town Council signed a lease to take over the land. 2 months ago 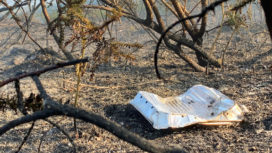 Ban on BBQs and illegal camping not proposed for Swanage and Studland A legally enforceable ban on antisocial behaviour is being proposed by Dorset Council for some areas but not for the majority of Purbeck. 2 months ago