Some dog owners are at loggerheads with the National Trust after signs telling them to keep their pets on a lead appeared on open land near Corfe Castle.

The signs went up at Hartland Moor and Middle Bere Heath earlier this year. Previously dog owners had relished the opportunity to exercise their animals freely in the area.

Signs appeared on the open land earlier this year

“To suddenly say ‘dogs on leads only’ seems to be a bit draconian and unnecessary.

“I am very disappointed and sad that the National Trust haven’t chosen to engage with dog owners. These are areas where people have walked their dogs for years. It’s open access land.”

Indeed, dog owners were so incensed by the change that they raised their concerns at the parish council meeting in Corfe Castle. Some even took the law into their own hands and ripped down signs – so now more permanent ones have been installed.

The National Trust has done extensive work on the land, putting up new fences and removing gates. Cattle and pigs now roam across the whole area. There is also concern about nesting birds.

“People have walked their dogs there for years”

But Liz believes the argument doesn’t hold up. She said:

“There’s lots of bird life and that’s despite the fact that people have walked their dogs there for years. There are many natural predators out there like badgers, foxes and other birds like jackdaws and rooks. To suddenly pick on dogs seems a bit weird.”

A dog-walker from Dorchester who asked not to be named said:

While she welcomed a collective approach to ensure breeding areas for wildlife, she added:

“If this comes with what has basically become no go areas for dogs to run under control, it alienates the very people that assist the organisations in their aim.”

Areas where dogs can roam freely are diminishing owners say

The National Trust, which owns a lot of the land in the area, along with other conservation groups like the RSPB has backed the move to create a new Purbeck Heaths national nature reserve. Residents’ options to divert to locations where dogs are allowed off the lead, especially in the summer, are diminishing.

“For many people going out with their dogs is one of their few social contacts. There’s a nice community and people who go specifically to let their dogs off their leads. There are a lot of social and health benefits.”

The dog walker from Dorchester added dogs were becoming like ‘shackled prisoners’, adding:

“These blanket restrictions mean I cannot even throw an object for my dog to retrieve. All beings need exercise to maintain optimal health, to experience freedoms and be allowed to play. Dogs likewise.”

The National Trust says the restrictions are nothing new

“It is the law that dogs are kept on leads”

A spokesperson for the National Trust said:

“As Hartland Moor and Middle Bere Heath are part of a National Nature Reserve, it is the law that dogs are kept on leads between 1st March and 31st July and always around livestock.

“The new signs, put up by the National Trust and their partners, are informing dog walkers of this.”

The National Trust says the restriction has been in effect for 22 years and is nothing new.

“It is important that the grazing livestock and vulnerable wildlife, particularly the rare ground nesting birds that make their home here, remain safe on these nature reserves and we appreciate everyone’s support in protecting these important places.”

The National Trust says these are important places that need protecting 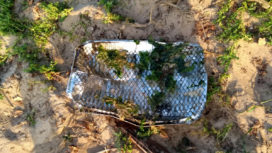 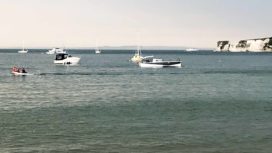 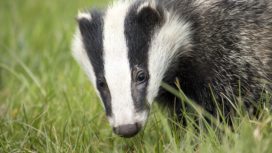 Complete closure of Dorset mainline train service due to strike action The whole rail network across Dorset, including trains to and from Wareham and Weymouth, will cease to operate for two days during the peak tourist season. 24 hours ago Dorset campaign boosted as some Co-op stores stop sale of barbecues 2 days ago What a week – Swanage Carnival 2022 ends with a bang! 3 days ago Swanage Railway suspends steam loco service after track side fire 4 days ago New CEO sees hard times ahead for Church Knowle animal charity 5 days ago