A Swanage hotel has undergone a major refurbishment to encourage more couples to use it as a wedding venue after one of the managers decided to hold his own wedding there.

Alex Gousseau, who is marketing manager at the Purbeck House Hotel, said he hunted high and low for a place to hold his wedding reception before realising his family’s hotel just needed a bit of updating.

Alex in the garden with wife Leah on their wedding day

The hotel has invested around £55,000 on the conservatory where receptions are held, including a new carpet, painting the walls and improving the bar area, as well as upgrading the windows.

Purbeck House Hotel had been doing a small number of weddings annually but, emerging from Covid, now sees scope for more.

As well as the refurbished conservatory for receptions it has its own ceremonies room in what was once the old billiard room.

The conservatory decorated for the wedding

“We’ve got a perfectly good venue”

Alex’s father Stephane Gousseau, who is the hotel manager, said:

“Covid enabled us to carry out refurbishment work and gave us time for reflection to see what we could change and improve. We used to do five or six weddings a year, but we want to do more.”

“I looked at different wedding venues around the area but didn’t find anything I wanted and then I thought this is a bit stupid because we’ve got a perfectly good venue, why not have it here, it just needs refurbishing.

“The room’s perfect, we have got all the parking we need and a church down the road or we have our own ceremonies room.”

The conservatory at the rear of the hotel

Alex and his wife Leah were married at St Mary’s Church in Swanage on Saturday 24thJuly 2021, five days after Covid restrictions were lifted. It was touch and go until the last minute.

“It was a bit nail biting, but I always had faith that it would happen.”

The old billiard room is now the ceremonies’ room

“Put a lot of time into it”

“It was special to me because of all the heritage, so I put a lot of time into it and it was a good day.”

Purbeck House Hotel, on Swanage High Street as it rises up, was built in 1875 in the Scottish ‘baronial’ style by George Burt, referred to by the writer Thomas Hardy as ‘The King of Swanage’ and also a nephew of builder John Mowlem, who gave his name to the town’s theatre.

The Purbeck House Hotel – now and then

“Really enthusastic about the new look”

The hotel is today owned by Alex’s grandfather John Henry Hutchins. He had retired early from a job in computing and bought a B and B – the White Lodge – in Swanage, before selling that to buy the Purbeck House Hotel in 1997.

“Everyone has been really enthusiastic about the new look for the conservatory. In fact, one of my friends was so impressed he decided to get married here this year after coming to our wedding.” 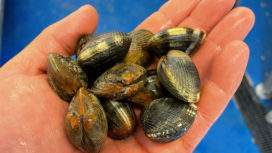 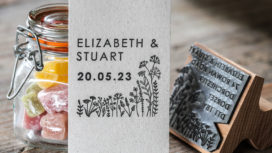 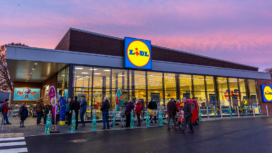