Essential life saving equipment costing £1,000 has gone missing from outside the Swanage Sea Rowing Club near the pier.

A regular check revealed that a first aid bag and a defibrillator – a device that gives a high energy electric shock to the heart of someone who is in cardiac arrest – had been removed from the locked cabinet.

When checked, the cabinet on the wall of the Swanage Sea Rowing Club was found to be empty

The device disappeared from the security protected cabinet between Wednesday 1st December and Wednesday 15th December 2021.

The missing defibrillator is bright orange with a cream coloured monitoring screen. It has Swanage Community Defibrillator Trust written on it in indelible ink and in ultraviolet marker.

There was also a small red trauma bag with first aid equipment for use by off duty emergency workers. This has also gone.

The missing defibrillator is similar to this one

While the equipment will cost around £1,000 to replace, the defibrillator has been marked so it would make it very hard to sell or use, without it being known who it belongs to, so it effectively has little resale value.

Thanks to the impressive fundraising efforts of the Swanage Community Defibrillator Partnership, there are more than 35 defibs across Purbeck.

In the five years since setting up the partnership, they have been used at 96 incidents, meaning that on average a defib gets deployed at least once a month.

The missing defibrillator was the closest one to Swanage Pier – a centre for activities including diving, sailing and fishing

Plea for its return

“My hope is that it’s been taken to help someone and just hasn’t been returned yet.

“I’m urging anyone who knows where it is or finds it discarded somewhere, to return it to Corbens estate agents, any of the emergency services locations in Swanage like the ambulance station, or just leave it at the Swanage Pier gatehouse.”

This defibrillator at the Swanage Sea Rowing Club is positioned close to Prince Albert Gardens, a venue for lots of events and is also close to the Broad Road car park which gets very busy in the summer.

It’s also the nearest defibrillator to Swanage Pier, so the closest for the sailing club, the diving school and for those fishing off the pier.

It will cost around £1,000 to replace the missing equipment

“Ultimately this could cost a life“

“This is an important location to have a defibrillator and now it’s not there to rely on – ultimately this could cost a life as every second counts when someone has a heart attack.

“I’d just love to get it returned and put back in its rightful place. Otherwise we’ll have to find the money from somewhere to pay for a new one”

The nearest defibrillators to the Swanage Sea Rowing Club are now at the Masonic Lodge on Marshall Row, Swanage Railway Station on Station Approach and outside the toilets on Shore Road.

The disappearance of the equipment has now been reported to Dorset Police. The South Western Ambulance Service has also been informed just in case it was muddled up with its equipment following an incident.

The emergency services have confirmed that the security details to open the cabinet haven’t recently been requested.

In a medical emergency, a person should ring 999 and the call operator can tell them where their nearest defibrillator is and give them the access instructions.

RNLI on the lookout for new Swanage Beach lifeguards Getting ready for summer 2022, the RNLI is inviting applications from those who would like to be beach lifeguards along the South Coast including Swanage. 2 days ago

Swanage Ambulance Car unstaffed while patient waiting times increase Swanage ambulance car has been sitting idle for up to three quarters of the month - at a time when emergency response times have more than doubled. 6 days ago

Swanage and Wareham firefighters do animal rescue! Ideally equipped for reaching the top of buildings and trees, animal loving fire crews were called to save a bird in Swanage and a cat in Wareham. 2 weeks ago 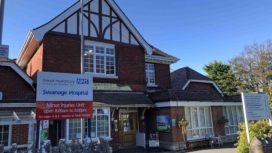 Visitors to Swanage Hospital need to take lateral flow test New rules are being introduced for people visiting patients on the ward at Swanage Hospital, to help reduce the spread of Covid. 1 day ago 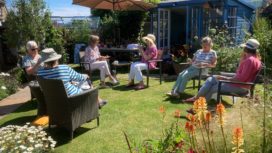 Bumper fundraising effort in Swanage to get #Willdoes bus on the road A launch date in early 2022 has been set for a mobile youth centre based in Swanage, thanks to youth charity #Willdoes. 1 month ago 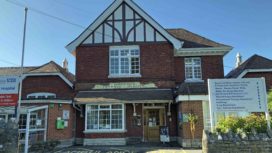