A couple are living out their lockdown dream in Purbeck in Dorset by serving food from a mobile catering trailer which they have kitted out in their own unique style.

The Sprout & Bean – as it’s called – is the brainchild of Connor Brooks and Caitlin McDonald who have made Swanage their home after meeting in London and deciding Dorset was the best place to bring up their young son.

Connor was living in Paris and working as a chef just before the first lockdown in 2020 but he decided to come back to England and try something a bit different.

“I was wanting a bit more control over what I was cooking and craving that ability to feel really proud of what you are making, which you can’t always do when it’s not your kitchen.”

He returned to London where he met his partner Caitlin McDonald who was working for a small pub chain as a gin distiller. Their son Ruari was born in May of 2021.

The business sprang out of lockdown

Connor initially got a job at the Pig on the Beach in Studland.

“It is easier to find a job in Swanage than it is to find somewhere to live.”

In December, the couple bought their catering van and set about kitting it out and branding it. This was greatly helped by the fact that Connor has three elder brothers, two electricians and a plumber.

The styling was based on their son’s toy truck

“Being the youngest I am just a rebel”

“My Dad always pushed me to become a carpenter, to complete the set, but I ended up being a chef. I think being the youngest I am just a rebel at heart.”

The couple wanted their van to be different and eventually drew inspiration from one of Ruari’s toy trucks!

The arty approach definitely paid off because it caught the eye of someone from The Boilerhouse Gallery in Corfe Castle and after an official food tasting they got a regular spot at the new Sandy Hill Arts centre there, which is next to Corfe Castle railway station.

“All a bit surreal”

But their first official engagement was even more prestigious – an event run by international computer giant Microsoft at the company’s Dorset Innovation Park base.

Teams were working competitively on a ‘hackathon’, spotting ways to deal with potential ‘Russian hackers’ and Connor and Caitlin were providing them with coffee and sweet treats to give them brain power.

“Imagine, the first payment into your new business account is Microsoft. It was all a bit surreal.”

They supplied coffee and treats to computer programmers at Microsoft

“Great support from the community”

The couple now have a regular spot at the Sandy Hill Arts centre in Corfe Castle on Fridays, Saturdays and Sundays, and every day until Sunday 12th June 2022 for the arts weeks.

They are also at Tom’s Field campsite at Langton Matravers serving breakfasts from 7 am to 10.30 am, Wednesdays to Sundays during the summer season through to Wednesday 30th October 2022.

“Swanage is the perfect place to start something like this because we have had such great support from the community.

“We wanted a job that would allow us to work together so we could spend more time with each other and Ruari.

“We have had some really good feedback. People seem to be really loving it.”

The couple’s catering has been getting rave reviews

“A lifestyle rather than a means to get rich”

“We really care about our product being as local and as organic as possible and ensuring we have fair pricing.

“We see this as a lifestyle rather than a means to get rich. We’re setting out to create something sustainable and enjoyable.” 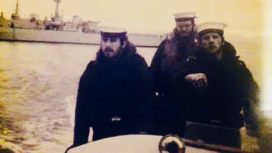 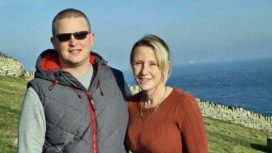 Rental crisis forces emergency care couple out of Swanage A firefighter and a nurse say the lack of affordable rental properties is a crisis that’s driving them out of the town. 1 month ago