Lloyds Bank cashpoint in Swanage to go when branch closes

Along with the closure of the Lloyds Bank branch in Swanage, the cashpoint machine service is also to be removed.

A planning application to remove the external cashpoint, also known as an ATM, along with the Lloyds Bank signs from the listed building in the High Street, has been made to Dorset Council.

Lloyds Bank have applied to remove the cashpoint or ATM

Bank to close in September

It was announced in May 2022, that the Lloyds Bank branch – the last retail bank left in Swanage – would be closing on Monday 19th September 2022.

The banking group, which owns Lloyds, Halifax and Bank of Scotland, is planning to shut 88 branches across Great Britain by the end of 2022, citing that its customers were increasingly moving towards online banking.

The application by Lloyds Bank was discussed at a meeting of the Swanage Town Council planning committee, who agreed that while there were no legal grounds on which to object, still weren’t happy with the decision by Lloyds Bank.

When the Nat West bank closed in Institute Road in Swanage, the cashpoint service remained

In a comment to the Dorset Council planning officers, Swanage Town Council said:

“Reluctantly, the committee has no objection. However, members would wish to express their complete disappointment regarding the loss of the last bank in the town, and yet another ATM, and the major upset that this has caused within the local community.

“Concerns are held regarding the potential adverse impact that this closure may have on local residents and visitors alike, Swanage being an extremely popular and busy holiday destination, and it must be noted that existing cash machines regularly run out of cash at busy times/when the bank is closed.”

While Lloyds Bank is intending to remove the cashpoint machine from the Grade II listed facade, it is planning to leave the nightsafe in place to show the heritage of the building, although it will not be operational and will be fixed shut.

The building, which Lloyds Bank says it does not own, dates back to 1896.

“When the branch and ATM closes in September, customers can continue to bank in person with us at the local Post Office which is a short walk away on Kings Road, as are several free-to-use ATMs.” 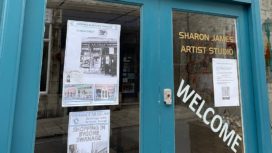 Old photos reveal the changing face of Swanage’s high street Posters have been springing up around the town centre as businesses celebrate shopping in bygone times, thanks to Swanage Museum. 2 weeks ago 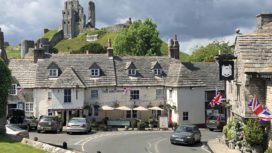 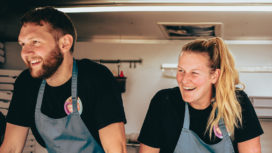 Lockdown spurs new businesses to start in Swanage A passion for pizzas has led a Swanage couple to turn a business idea during lockdown into a flourishing mobile takeaway service. 1 month ago

Swanage Lifeboat Week launches for 2022 with brand new ducks! After an absence of two years, the major week-long fundraising event for Swanage RNLI is back, along with the ever popular duck race. 57 mins ago Complete closure of Dorset mainline train service due to strike action 1 day ago Dorset campaign boosted as some Co-op stores stop sale of barbecues 2 days ago What a week – Swanage Carnival 2022 ends with a bang! 3 days ago Swanage Railway suspends steam loco service after track side fire 4 days ago