Dorset Police say that detectives investigating a reported sexual assault in Durlston Country Park in Swanage, have arrested a man.

A woman aged in her 20s reported to the police that she was sexually assaulted while she was camping overnight at a small cove in the park with a group of other people.

The incident is reported to have occurred during the night of Wednesday 15th July 2020 into the morning of Thursday 16th July 2020.

Police issued a picture of a man that officers wished to speak on Friday 17th July 2020.

“Assisting officers with their enquiries”

“A 20-year-old man from Poole has subsequently been arrested on suspicion of sexual assault and is assisting officers with their enquiries.” 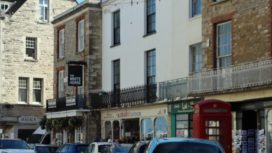 Three men arrested on suspicion of kidnapping in Swanage Dorset Police are appealing for witnesses after reports that a man was assaulted and forced into a car in Swanage and driven away against his will. 1 day ago 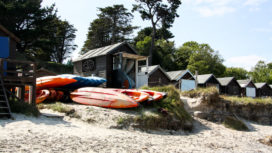 Studland adventure business ‘very sad’ after kayaks stolen Kayaks have been stolen from an adventure skills and leisure business based at Studland, near Swanage. 1 month ago

Corfe gets a new castle but this time it’s for the kids! Work is nearing completion on a new play area for youngsters in Corfe Castle and it’s taken its inspiration from the village’s most famous landmark. 7 hours ago Three men arrested on suspicion of kidnapping in Swanage 1 day ago Great grandson takes the helm at Swanage newsagents 2 days ago Swanage and Wareham firefighters do animal rescue! 3 days ago More Blackpool than Blue Pool, Purbeck attraction gets illuminated 4 days ago