Mums and dads in Purbeck are being urged to enrol their young babies in a ground breaking study at Swanage Medical Practice led by Dr Claire Hombersley, which could help save the lives of thousands of children worldwide.

The Harmonie study has been set up to find out more about the immunising of babies under 12 months old against a virus, which is a leading cause of infants being admitted to hospitals in winter and has been called the ‘silent killer’.

Respiratory Syncytial Virus (RSV) affects 90 percent of children before their second birthday and is a leading cause of the chest infection bronchiolitis – but few people know of it despite it globally causing 100,000 deaths in children under five every year.

Most of the time it causes a mild illness like a cold, but for some babies it can lead to more severe lung problems including pneumonia – and the virus is currently on an explosive increase in countries like Australia and the USA.

In a normal year, RSV is responsible for an annual 20,000 UK hospital admissions in the under-ones, even though many parents have never heard of it, and is the cause of around 30 deaths a year in the UK.

During the pandemic, with lockdowns and little mixing, RSV virtually disappeared. But it returned in summer 2022, and Swanage doctor Claire Hombersley believes that vaccine fatigue may cause the outbreak to be far worse than normal this year.

She is leading the RSV immunisation study in Purbeck and wants as many parents of babies as possible to sign up to it – but take-up has been slow so far, and the time to join is running short.

“Viruses are expected to be bad this winter due to the lack of social interaction from Covid. America is having a terrible time with RSV currently with 60 percent more infections than normal and hospitals full of poorly babies, and Australia, which has already gone through its winter, has been just as bad.

“I am concerned that there will be a similar picture in the UK. There is a lot of vaccine fatigue everywhere at the moment – a lot of people are not having their winter flu jab or Covid booster because there have just been so many jabs in the last couple of years.

“The Harmonie study is looking at how strongly babies can be protected from serious illness due to RSV infection by giving them a single dose of antibodies, targeted specifically to fight RSV.”

“It is very important the study is a success”

“It has already undergone many years of research by Sanoffi and AstraZeneca, has been given to more than 3,000 babies and has been approved; the antibody dose has been well tolerated and has shown good safety results.

“Now around 28,000 babies in the UK, France and Germany will take part in this study and I am running it across Purbeck with the support of all the GPs – we are all keen to protect our babies against bronchiolitis.

“But we have not had as many parents come forward as we would have liked – we wanted 50 to 100 babies from Purbeck to be part of the study, but so far we have only had 11.

“It is very important that the study is a success, but there is a window of time in which to give the vaccine and once we get past February we will have to stop.”

Special clincis are being run every Thursday at Swanage Medical Practice

Once babies are enrolled in the study, they are randomly assigned into one of two groups; half will get the antibody injection in their thigh, while the other half will get no injection and become the control group.

Parents will be asked to keep a monthly online diary for six months, which consists of just a few yes or no tick boxes with a call centre being set up to contact the parents if they need to find out more about the babies’ health.

Alania Lawton and 10 month old son, who signed up to the study immediately

“Any immunisation has to be a good thing”

Harmans Cross mother Alania Lawton was the first to sign up for the study in Swanage with her baby son, who is now 10 months old, and said she did not have to think twice about accepting the offer and helping with the research.

“I was eager to take up the offer, as I had heard about a lot of people whose children have had RSV and I would take any action I could to prevent my son going through that.

“I have had all of my Covid boosters, but I know there will be an increase in illnesses this winter because groups are beginning to socialise a lot more for the first time in two years.

“I think that any immunisation which can prevent a hospital visit has to be a good thing, especially when it comes to the little ones – I would do anything I could to protect them.

“We signed our son up at the end of September and the process took less than an hour, it seemed like no time at all. They answered all of my questions without jargon and completely put my mind at ease.

“I’d had the invitation through my doctor and I would encourage any other parents with babies to take up the offer of joining the study, it’s so important to have babies vaccinated against illnesses.”

RSV has been dubbed the silent killer

So far, the vaccine has been tested in high risk babies with lung problems and in premature babies, and found to be both safe and highly effective, reducing hospital admissions by about 75 percent.

While most people have never heard of RSV – dubbed the ‘silent killer’ by vaccine technicians – the chances are high that they will know of parents whose baby has been admitted to hospital with severe breathing difficulties, often within days or weeks of birth.

Most of these deaths occur in poor countries, but even in wealthy nations RSV is a significant cause of infant hospitalisations, and a major drain on health systems.

Clinics on Thursday in Swanage

The 2022 winter trial is running at 150 sites around the UK including Swanage, where there are Thursday clinics at the town’s medical practice, and may lead to the RSV jab becoming part of the routine vaccination programme in the UK in the future.

Researchers will be putting up posters in nurseries and sending out letters to parents whose babies are due to have their routine vaccines, to encourage them to take part. 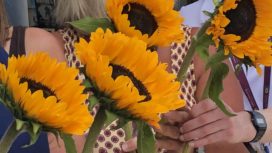 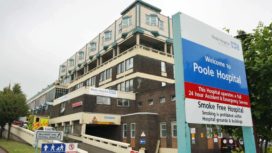 Nurses across Dorset vote for strike action Royal College of Nursing members at all of the NHS trusts that cover Dorset have voted to strike in a dispute over pay. 4 weeks ago 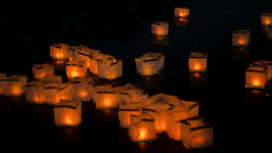 Thousand candles to light up Swanage Beach for loved ones A hospice care charity is organising a festival of lights on Swanage Beach to reflect, celebrate and remember everyone we love and care about. 4 weeks ago