Dorset Police have launched a criminal damage investigation into the near destruction of a World War Two Valentine tank at the bottom of Studland Bay after being alerted by local divers.

The two tonne turret of the previously well preserved historic Valentine tank has been completely knocked off the amphibious vehicle, ripping open the body and wheels. It was one of a group of seven which sank during a training exercise in April 1944.

The damage was reported through an anonymous tip off both to the Isle of Purbeck Sub-Aqua Club and to Bournemouth University, who discovered that buoys used to mark out the area of the site by Historic England to protect the area had gone.

The tank site is an official scheduled monument at the same grade as Stonehenge, and the damage caused has been likened to someone knocking the tops off the Sarsen Stones.

Nick Reed from the Isle of Purbeck Sub-Aqua Club has described the damage as a huge blow to maritime history and to Swanage divers who frequently visited the war site, not least to lay poppy wreaths every year in memory of the troops who lost their lives there.

Six servicemen lost their lives when a change in weather conditions during a top secret training mission – Operation Smash – to prepare for the D-Day landings, saw a sea swell swamp the tanks and sink six of them.

A seventh tank was abandoned, but although most of the 32 personnel on board the craft got back safely to shore, six men lost their lives, their bodies never found.

Although the tanks in Studland Bay are not officially classed as war graves, divers who visit them are asked to be respectful and to treat the wrecks as ‘look, but don’t touch’ sites.

Following the damage, thought to have happened between Saturday 24th and Wednesday 28th September 2022, the tanks will have to be made safe by trained divers as there may still be wartime munitions at the wreck site.

“It’s a very upsetting incident. It was an important part of maritime history and a very popular site for divers out of Swanage.

“As a club, we dive there two or three times a year – we did a lot of work to survey and record all seven of the Valentine tanks ahead of the 75th anniversary of Operation Smash, and we always lay a poppy wreath there every year to commemorate the six men who lost their lives.

“One body was washed ashore and buried at St Mark’s Church in Highcliffe, but no other human remains have been found. The tanks are not designated war graves, but the sites are still very important to us.

Five Valentine tanks blown up by the Navy

“Most of the Valentine tanks were blown up by the Navy because there was concern about the safety of ordnance on them, but two of them were not found at the time.

“One of those had already lost its turret, but the seventh had been left nearly intact and was a very important historic site.

“The tragedy changed the way that Valentine tanks were operated. Up until then it was always a naval officer who launched the tanks but afterwards, British landing craft had a tank officer who made the final decision.”

The Valentine tanks, which had propellers and a fabric skirt so that they could sail like small boats, were unable to cope with rough seas, but plans were modified for their use in the D-Day operation of 6th June 1944 to invade Nazi occupied Europe off the beaches of Normandy.

They were launched in much shallower waters and played a huge part in the success of Operation Overlord, landing successfully and protecting Allied troops as they stormed the beaches.

Only at Omaha beach was there a problem, where the American forces used Sherman tanks and 27 of their 32 tanks sank.

Didn’t believe the scene of destruction

“One of our local skippers said he’d heard a rumour that something had happened. I didn’t believe it, but as we were in the area we went to check and found a big scene of destruction down there.

“It was a real shock, the turret which must weigh at least two tonnes had been knocked clean off and had also torn huge chunks off the side of the tank, opening it up.

“The Valentine tanks were listed in 2019 to the same level as Stonehenge, and this is the equivalent of someone knocking the tops off Stonehenge.

The scene of destruction in Studland Bay was huge

“I don’t want to speculate on what might have caused it while there’s a criminal investigation going on, but we will have to go down again to secure the area.

“The turret is on its side and could still cause more damage, and there could be ordnance exposed, the personal possessions or equipment of the crew, or even a slim chance of a body.

“I am still in disbelief. It’s such a great shame because it was an iconic dive site and one of the most popular in the region.

“It was the last tank we knew of that was still virtually preserved from the invasion of Normandy in 1944, it is a site I have surveyed many times, and now it has been almost destroyed.”

Police are carrying out enquiries to establish the cause

Dorset Police have confirmed that its marine engagement team is carrying out enquiries to establish the cause of the damage.

“Dorset Police received a report on Tuesday 18th October 2022 of damage to a Schedule One monument. It was reported that a tank, which had sunk off Studland in Poole Harbour in 1944 during a D-Day training exercise, had sustained damage with the turret removed from the top of the tank.

“The damage is believed to have occurred between Saturday 24th September and Wednesday 28th September 2022.

“Officers from Dorset Police’s Marine Engagement Team are carrying out enquiries into the incident to establish the cause of the damage. Officers are liaising with partners including Historic England, the Marine Management Organisation and Bournemouth University.

A Historic England spokesperson confirmed that they were working with Dorset Police and other partners to investigate the circumstances, obtain evidence and to put measures in place to prevent any further damage.

Dorset Police are appealing for anyone with information relating to the damage to contact Dorset Police at www.dorset.police.uk/contact or by calling 101, quoting occurrence number 55220169735. 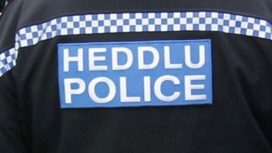 Swanage man and Corfe Castle woman jailed after drug gang bust A man from Swanage and a woman from Corfe Castle have been imprisoned for their part in an organised crime gang which trafficked cocaine and cannabis from Dorset into Wales. 3 days ago

Two women sought after pensioner loses £1,000 cash in Wareham Dorset Police have issued CCTV images of two women they would like to identify following a distraction theft in Wareham. 2 months ago