The ‘significant impact’ of the Omicron Covid variant according to train operator South Western Railway (SWR) means a reduced rail timetable is to be introduced from Wareham Station to London and Southampton.

SWR is to bring in these new measures from Monday 17th January 2022. While it describes the new timetable as temporary, it says it will remain ‘until further notice’.

The rail company says that the emergence of Omicron and consequential staff shortages has led to unavoidable short-notice cancellations meaning that it’s necessary to bring in a new scaled back timetable.

It adds that with the current guidance to work from home, it’s confident that the new timetable will sufficiently meet current demand and will be under continual review.

Scrapping of a direct train

For those travelling from Wareham Station to London or Southampton, the new schedule will mean the scrapping of a direct train, with a delay at Bournemouth for passengers as they will have to change trains.

For those travelling to London, who can’t work from home or need to make the journey, the first train in the morning will now leave Wareham at 6.40 am rather than 6.27 am and won’t get into Waterloo until 9.23 am, rather than 8.50 am.

Platform at Wareham for trains to Southampton and London

20 minutes longer to get to London Waterloo

Not only will this mean not getting into London before 9 am but it will take 20 minutes longer to get there. Those who can drive could get a train from Bournemouth that gets into Waterloo for 8.49 am.

Coming back, the last train leaving London Waterloo for Bournemouth will be at 7.58 pm. Passengers will have to change trains at Bournemouth, arriving at Wareham at 11.20 pm, a journey time increase of 1 hour 9 minutes under the new timetable.

Those travelling from Wareham to Southampton will also face a longer journey time with a change or splitting of the train at Bournemouth.

“The spread of the Omicron variant has had a significant impact on our railway, with fewer people using the train and staff shortages impacting on our ability to consistently deliver the current timetable.

“Having assessed demand and spoken to our industry colleagues, we believe this new timetable is the most effective means of ensuring our customers receive a reliable service, with short-notice cancellations minimised.

“Journey planners will be updated on a week-by-week basis, with updates taking place towards the end of each week. Customers should check their journey as close to their time of travel as possible.”

Rail service was scaled back during lockdown

Before the Covid pandemic there were two trains per hour running between Weymouth and Waterloo that stopped at Wareham.

The service was scaled back during lockdown and while the level of service has fluctuated over the last two years, a full service has not been restored to pre pandemic levels.

Not “acceptable in the longer term”

In May 2021 councillor Ray Bryan, Dorset Council’s portfolio holder for highways, travel and environment, wrote to the UK Government’s transport minister expressing his concern about the reduced rail service. He said:

“We are sympathetic to this as a temporary measure whilst the rail industry recovers after what has been a period of turbulence in unprecedented times, we do not consider it to be appropriate or acceptable in the longer term.”

Elsewhere on the South Western Railway network there are also timetable changes. These include:

The new temporary timetables are on the SWR’s website 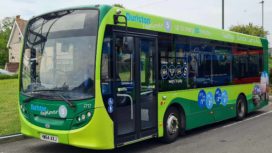 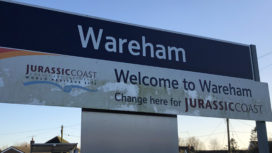