Purbeck’s district nurses get on their e-bikes!

Inspired by healthcare staff in Holland, district nurses in Purbeck have been turning to pedal power to get them to appointments in Swanage and the surrounding area.

The bicycle, once the traditional mode of transport for district nurses, has been replaced over the years by the car, but with the invention of electric bikes there’s now a feasible alternative for getting up Purbeck’s hills.

Purbeck district nurse Jill Dowland, one of the original group who travelled to Holland and is champions the use of e-bikes

Following a visit to Gouda in Holland, the Dorset Healthcare nursing team saw how practical cycling could be for their work and have been switching from cars to electric bikes to help the environment, bypass traffic jams and promote healthy living.

It’s been so successful in Purbeck that the NHS Trust has now provided an extra £2,000 to encourage more mobile nursing teams to use e-bikes. This has allowed the idea to be rolled out across other places in Dorset including Dorchester and Bournemouth.

Hattie Taylor, lead district nurse for Purbeck on her bike in Wareham

More than paid their way

NHS bosses say that the bikes have more than paid their way. In Swanage it’s saved an estimated £600 a year in car mileage costs for just one full time member of staff.

Hattie Taylor, lead district nurse for Purbeck made the bid for the extra funding in the NHS Trust’s ‘Dragons’ Den’ staff innovation competition, after seeing the difference e-bikes made to her team.

“We had the idea after a trip to Gouda in Holland, where healthcare staff use bicycles to get to appointments all the time.

“Purbeck isn’t quite as flat as Holland, so we found electric bikes worked better, especially when you’re trying to go uphill.

“Even so, they are a much better alternative to cars. You can get through traffic more easily, and don’t have to worry about finding a parking space when you get to an appointment.

“They save on travel costs and help to reduce pollution. Cycling also gives us a bit of clear headspace between visits, and we feel like we are setting a good example around staying fit, active and healthy.

“Our patients love it when we turn up with our helmets on. It’s an amazing feeling getting around the community on two wheels, it’s like district nurses used to do in the old days, and I was keen for other teams to have that choice.” 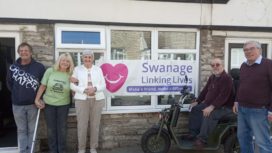 Community group concerned by increase of lonely people in Swanage A growing number of people in Swanage are suffering from loneliness with some not even having left their homes since the start of Covid according to a local group which ... 2 months ago 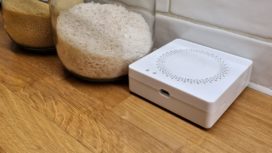 Swanage resident pioneers new 5G care monitor A Swanage resident is one of just three people in Dorset who helped in a ground breaking trial of a new 5G monitoring system for vulnerable and disabled people. 2 months ago 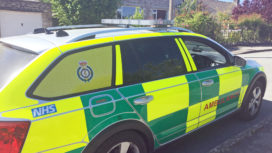