In response to residents’ concerns about the possible scrapping of the Purbeck Paramedic Car, Swanage Town Council has promised to make every effort to prevent its withdrawal and says it would like to meet with South Western Ambulance Service Trust (SWAST) and other parties to discuss the car’s future.

At the Swanage Town Council full council meeting on Monday 15th March 2021, there were a number of impassioned speeches by members of the public in support of retaining the paramedic car, which provides round the clock emergency care to Swanage and the surrounding villages.

The service has been in place since 2008, when the overnight provision at the Swanage Hospital minor injuries unit was closed. The car also provides out of hours cover and home visits for the local GP surgeries.

Unlike ambulances, it does not take patients to hospital in Dorchester, Poole or Bournemouth, so it is able to get quickly to Purbeck residents suffering medical emergencies.

The Purbeck Paramedic Car called to an emergency in Corfe Castle

“I ask councillors to urgently help save this service”

Speaking at the beginning of the council meeting, chair of the Swanage Area Forum and a trustee of the Swanage and Purbeck Development Trust, Melvyn Norris said:

“The paramedic car not only and crucially, saves lives but is able to treat 50 percent of patients at the scene, relieving pressure on scarce ambulance resources and it helps to mend the widening gaps on our services, providing overnight cover for our community.

“We also have to bear in mind the likely planned increase in population and expected rise – this year at least – in holiday visitors.

“While the Dorset health authority and South Western Ambulance Service play poker over who is going to pay the cost of this beloved and irreplaceable service, I would like to remind everyone it is not the fault of the Swanage and surrounding villages’ residents that the National Health Service has been fragmented with the various providers competing against each other for resources, rather than concentrating on providing us all with an NHS that we have paid for and now need and deserve. I ask councillors to urgently help save this service.”

“In February 2020 a resident informed the council that South Western Ambulance Service Trust intended to withdraw the car at the end of March 2020 and this was confirmed in writing by the then SWAST chief executive.

“Everyone has worked hard to save this vital service however the reality is that the car has been under threat ever since and this threat is increasing as this financial year draws to a close. Could councillors please advise what urgent action the town council is planning to take to safeguard this service?”

Campaigners are asking residents to display posters in their windows

“Its callout has resulted in so many lives saved”

East Stoke resident and regular visitor to Swanage, Chris Bradey also referred to this year’s influx of visitors and said:

“My concern is whether our visitors and residents can be assured prompt and professional help in medical emergency call outs. We know our excellent ambulance service is sorely stretched and the ambulance car is such a valuable resource and its callout has resulted in so many lives saved.

“I’d ask what action is the council going to take to preserve this valuable service, which is such a reassurance to visitors and residents alike?”

Dismay that the paramedic car could be withdrawn

Councillor Debby Monkhouse proposed a motion to show how united the council was over its dismay that the paramedic car could be withdrawn at the end of March 2021. She said:

“Of the sources that have suggested that the money for the car is running out, we have the public governor of SWAST, who said the money was secure until the end of March (this year).

“Last but not least we’ve had the Purbeck GP lead Dr James Jackson, who emailed me on the 29th February to say that the provision of the Purbeck Car by SWAST and the CCG is due to finish in the near future.

“We spoke on the 2nd March, at which point he’d been asked to put a replacement service in place but only to cover for GP home visits and he confirmed that the service would not cover emergency response functions of the paramedic car. So we’re in a difficult position where we’re told it’s not going, but we’re told from a number of reliable sources that at the very least, it’s very insecure and that the crisis is imminent.”

The proposed motion was agreed unanimously by Swanage’s councillors. It said:

“Swanage Town Council recognises that the retention of the paramedic car is vital for Swanage, and that its removal would be a threat to the lives of local people.

“This council resolves to make every effort to prevent the withdrawal of the paramedic car and to urgently contact the MP for South Dorset, Dorset Council’s People and Health Scrutiny Committee, South Western Ambulance Service Trust and Dorset Clinical Commissioning Group to secure its retention.

“In order to try to influence the stakeholders involved, this council will also request a meeting with the South Western Ambulance Service Trust and other interested parties to clarify the costs of maintaining this service and the funding options available.”

“My thought is once it’s gone, it will be extremely difficult to get the car back and I’m hoping that we might be able to have a seat at the table in the discussion about what the funding options are.”

“We are aware that people are interested in the future of the Rapid Response Vehicle and would like to reassure people that no decisions will be made before we have the opportunity to work with local stakeholders and representatives to ensure any service meets the needs of the local population. Whilst this process is in progress there are no plans to remove the existing service.”

Several local groups, including Swanage Town Council, have come together to organise a campaign and an action plan to keep the car. 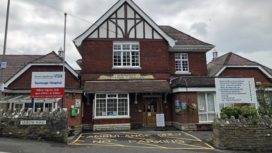 Latest on Swanage Ambulance Car In response to concerns from Swanage residents, a special committee is to be set up by Dorset Council to scrutinise proposals about the future of the ambulance car. 2 weeks ago 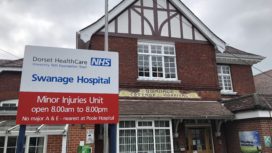 Swanage on-street parking charges set to go up The cost of parking in Station Road and Shore Road is to increase, along with Dorset Council owned car parks in Wareham and Corfe Castle, if the plans get the ... 6 days ago

Swanage street name to be changed after complaint A street name that a family holidaying in Swanage found offensive is set to be altered after they contacted Dorset Council. 1 week ago

Latest on Swanage Ambulance Car In response to concerns from Swanage residents, a special committee is to be set up by Dorset Council to scrutinise proposals about the future of the ambulance car. 2 weeks ago

Swanage street name to be changed after complaint A street name that a family holidaying in Swanage found offensive is set to be altered after they contacted Dorset Council. 1 week ago Horrifying crash as wingwalker plane ditches in sea by Sandbanks Ferry 2 months ago UK’s oldest diving school up for sale as Swanage couple retire 2 months ago Locals celebrate as pub owners save village shop in Langton Matravers 4 weeks ago Father pays tribute to Corfe Castle teenager who died in motocross race 2 months ago

Naughty Knitters calendar raises more than a smile for Swanage charity A huge cheque for £11,000 was handed over to a local dementia charity by the Naughty Knitters of Swanage. 6 hours ago Campaign success as Swanage Hospital walk-in access restored 1 day ago Durlston receives international award in record breaking year 2 days ago £50,000 grant secures bigger pavilion for Swanage cricket 3 days ago Seafront road closure for Swanage Rowing Club event 4 days ago