Haysom Quarry in Langton Matravers has finished cutting the new stone for the restoration of the Albert Memorial, that was originally erected in Swanage High Street in memory of Queen Victoria’s husband and consort.

The foundation work for the new site for the obelisk in Prince Albert Gardens is also progressing well and it’s hoped that the memorial will be completed by the end of May 2021.

Following the death of Prince Albert at the age of 42 in 1861, George Burt, the Victorian benefactor wrote to the rector of Swanage, Reverend Duncan Travers, and proposed that the town should:

The monument survived in its original location by the junction of the High Street and Court Hill until at least 1925. At that time it was photographed at its full height but by 1932 it had lost its top tiers and had been truncated.

Various attempts to restore it came to nothing and by 1971, with planning permission granted to build a row of houses on the site, the matter came to a head.

In a last ditch attempt to prevent its complete destruction, Susan Haysom, whose husband, Trev, was the great-grandson of the John Haysom that had carved the inscription, sat on top of the remains of the obelisk for 45 minutes until the police talked her down.

The original stonework with the inscription of the name, Albert

Ended up in storage at Haysom Quarry

The builder agreed he’d move it to a new site and it was sent first to a council yard. Unfortunately the restoration never happened and the Purbeck stone blocks ended up in storage at Haysom Quarry.

Now that most of the new blocks have been completed, appropriately at Haysom Quarry, work will begin on the restoration of the original stone.

The original stone and newly cut stone at Haysom Quarry

“The new stone work is exceptional”

The work is being paid for in its entirety by an anonymous benefactor, while Swanage and Purbeck Development Trust is coordinating the project. Its chair Bob Foster said:

“Most of the new stone cutting has been completed and work is due to start on cleaning and repairing the original stone from the 1862 Memorial. The craftsmanship in the new stone work is exceptional. The rounded areas of cutting and dressed surfaces have been done by hand.

“The quality of the new stonework is a fitting reminder of the standards which continue to be maintained, by local craftsmen – it’s an important part of Swanage’s heritage going back over hundreds of years.”

The concrete base in Prince Albert Gardens is progressing well

Re-erected in the far corner of Prince Albert Gardens

Planning permission for the Albert Memorial to be re-erected in the far corner of Prince Albert Gardens, was granted in October 2020. Work started at the site in February 2021.

“On site, the very substantial, reinforced, concrete base has been cast and the surrounding walls and hardstanding areas are advancing. Once the walls are completed, a scaffold will be erected in readiness for the stone arriving from the quarry.

The project is still on course for completion in May, when the new gardens will be opened to the public.”

The Albert Memorial in Swanage, originally completed in 1862 is believed to be the first in the country to be built after the prince’s death. During his life, Prince Albert, as the Queen’s consort, was reported to have said:

“I am very happy and contented; but the difficulty in filling my place with the proper dignity is that I am only the husband, not the master in the house.”

Over his short life he created a role for himself and was considered a reformer and progressive with liberal views for the era. One of his first public positions was to become President of the Society for the Extinction of Slavery.

He was against child labour and believed in the principles of free trade. He supported the repeal of the Corn Laws, which kept the cost of grain artificially high, which was beneficial to landowners but not for those who couldn’t afford bread.

As an academic, he successfully campaigned for education reform and the widening of university subjects to include modern history and the natural sciences.

One of his greatest achievements was the Great Exhibition of 1851

One of his greatest achievements was his championing of the Great Exhibition of 1851, a showcase for British manufacturing.

The event at Crystal Palace was such a success that the additional money raised went to purchase land in South Kensington, which now houses the Natural History Museum, Science Museum, Imperial College London, the Royal Albert Hall and the Victoria and Albert Museum.

After his death at Windsor Castle in December 1861, Queen Victoria commissioned the Albert Memorial that now stands in Kensington Gardens in London, but it wasn’t completed until 1876.

Of course George Burt and those Swanage residents who subscribed to the town’s memorial, were much quicker off the mark.

Now Swanage’s Albert Memorial is on track to be restored to its full glory, 160 years after Prince Albert’s death and in the year that Prince Philip, the longest serving consort to a monarch, was laid to rest.

Record number of entries for Purbeck Christmas Tree Festival It’s the season to be jolly at St George’s Church in Langton Matravers, where a festive winter wonderland of Christmas trees go on display - SEE PHOTOS 17 hours ago 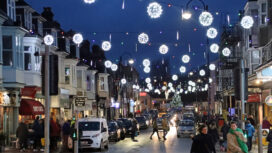 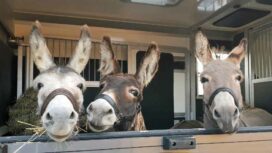