The central post office in Swanage is set to move to a new location closer to the heart of the shopping area.

The plan is to move the branch at King’s Road East, opposite the Swanage medical practice, to the old Betfred shop in Institute Road.

Took over from father

Postmaster Liam Searle, who took over the branch from his father Mick, has bought the new shop and plans to move there in the summer of 2022. It is currently operating as a pop-up Christmas shop.

The plan will now go out to public consultation in the new year.

Liam, who also runs a post office in Weymouth, said:

“It’s a great location and other retailers are really happy that we’re planning on coming down there.

“A post office should be right at the front so people can find it easily.”

Post offices don’t make as much money as they used to, and the Weymouth office was a struggling business when Liam took it over in May.

“The lease on the Swanage shop is coming up on the current premises next year and from a business point of view it makes a lot of sense to move to a property that I actually own.

“It also makes sense to have a shop much closer to other shops in the town for local people and somewhere that holidaymakers will be able to find without any difficulty.”

The plan will go out to consultation in the new year

“Consult on the proposal”

Swanage has one other post office further out of town at Costcutters on the High Street in Herston.

With the closure of many bank branches the post office is increasingly important for people to do their banking. Post offices are also becoming hubs for parcel deliveries.

“Swanage Post Office continues to operate from its current location. The current postmaster would like to relocate his branch late summer next year to a more central location. We will consult on the proposal next year ahead of any move.”

The lease on the current premises runs out next year 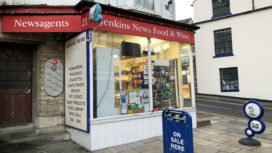 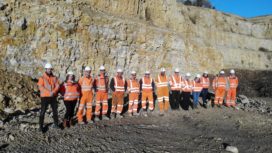 Purbeck quarry celebrates its 100th anniversary A quarry at Worth Matravers - which supplies around half of Dorset’s crushed stone - is celebrating its centenary and a family achievement. 4 weeks ago 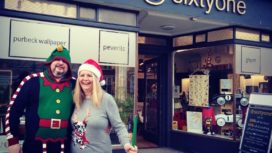 Celebrity couple share photos of New Year trip to Swanage While many famous people visit Swanage and keep it quiet, one well-known couple let everyone know what a good time they were having by posting on social media. 3 weeks ago Swanage Railway on brink of restoring service to Wareham after 50 year battle 3 weeks ago Swanage man arrested after woman in hospital with serious injuries 2 months ago Investigation into Studland heath fire reveals cause 2 months ago Massive Swanage street party planned for Queen’s Platinum Jubilee 3 days ago