A Swiss variant of a classic British post-war tank has been delivered back to the UK and is now on display at The Tank Museum in Bovington in Dorset.

In good working condition, the Centurion Panzer 57/60 tank has been donated by the Swiss Army’s Centre for Historic Equipment of the Armed Forces.

“The Centurion is an iconic post-war British tank and we’re pleased to have this Swiss variant in the collection.”

It is widely considered to be one of the most successful post-war tanks, due to its reliability and its capacity for modification.

This meant the tank was in British service for more than 50 years and exported to more than 20 different countries, where its variants remain in service today.

Swiss Army saw it as a desirable choice

When the Swiss Army was looking for a new tank in the 1950s, the Centurion’s success during the Korean War from 1950 to 1953, made it a desirable choice.

As the vehicles were upgraded and modified with Swiss equipment, they moved through a series of variants including the Panzer 55/60 and the Panzer 57/60.

The Panzer 57/60, now on display in the museum’s Cold War Hall, replaced the Centurion’s 20 pounder gun with the L7 105mm weapon.

“Look forward to seeing it operating in The Tank Museum arena“

“We are incredibly grateful to the Swiss Army – Centre for Historic Equipment of the Armed Forces for donating this vehicle to us in such good running condition.

“It’s currently on display for visitors to see in the Cold War Hall and we look forward to seeing it operating in The Tank Museum arena at our events in the future.”

More about the history of the Centurion tank, from Historian David Fletcher is on The Tank Museum’s YouTube channel. 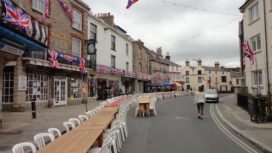 Massive Swanage street party planned for Queen’s Platinum Jubilee To celebrate the Queen's 70 year reign, events in Swanage are being planned across the June Bank Holiday weekend. 3 days ago 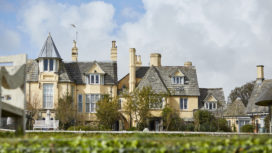 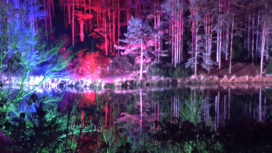 More Blackpool than Blue Pool, Purbeck attraction gets illuminated Blue Pool near Wareham has undergone a dazzling transformation bringing light and music to a winter evening’s stroll. 2 weeks ago