Teenage boy allegedly robbed and threatened with knife in Swanage

Four people from Poole have been arrested following an alleged robbery and assault on a teenage boy at the Texaco Garage in Swanage.

Dorset Police are appealing for witnesses or anyone with information to come forward following the incident at around 10.15 pm on Monday 13th September 2021.

It was reported that the teenage boy was walking past a silver Vauxhall Corsa on the forecourt of the petrol station in Victoria Avenue, when a verbal altercation occurred with the occupants of the vehicle.

Punched him in the head

Dorset Police say that three people got out of the car and one of the group allegedly threatened the victim with a flick knife, before a second person reportedly grabbed him around the chest and punched him in the head.

It was reported that the group stole the victim’s bag and jacket. Fortunately, police say that the teenage boy did not sustain any serious injuries or require medical treatment.

Following the incident police officers carried out searches of the area and a silver Vauxhall Corsa was located on Sandford Road in Wareham.

Two boys, aged 16 and 17, and two 18 year old men – all from Poole – have been arrested on suspicion of robbery. They are all currently assisting detectives with their enquiries.

The Texaco Garage on Victoria Avenue in Swanage

“Our investigation is underway and I am appealing to anyone who may have witnessed what happened to please come forward.

“I would urge any motorists who were travelling along Victoria Avenue around the time of the reported incident to please check their dashcam for relevant footage to assist my enquiries.”

Anyone with information is asked to contact Dorset Police at www.dorset.police.uk, via email 101@dorset.pnn.police.uk or by calling 101, quoting occurrence number 55210148427. 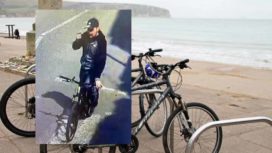 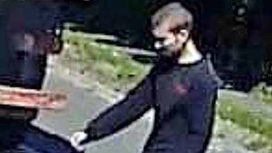 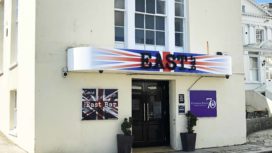 Heath fire at Stoborough closes main Purbeck road Fire crews from across Dorset and Hampshire, including teams from Wareham and Swanage were called in to tackle a large heath fire - WATCH VIDEO. 1 week ago

Swanage Fire crew tackles fires in Harmans Cross and Langton Amid an Amber wildfire alert due to the dry weather, Swanage Fire Station has been called out to two fires over separate days. 2 weeks ago

Acclaimed author headlines Dorset energy debate on achieving net zero An impressive array of experts have been invited by eco groups Planet Purbeck and DorsetCAN to lead a public debate on the energy crisis. 12 hours ago Marine adventures at Kimmeridge as part of national wildlife event 2 days ago Fresh clams to be sold in Swanage in new venture 3 days ago Thirty year stamp of approval for Worth Matravers firm 4 days ago Swanage Carnival announces new events for 2022 5 days ago