Coronation Street actress Kimberley Hart Simpson is starring in a new production of Educating Rita at The Mowlem as part of the Swanage Rep series.

It’s her first visit to Swanage, but having grown up in the North Wales seaside town of Rhyl, she finds it has a familiar feel.

“I’ve never been to Swanage before, but it has elements of home – the sea and lots of sea gulls! The rehearsals have been very full on, but I hope to explore a bit more.”

Her stint at Coronation Street was the fulfilment of a long-held ambition but also came at a strange time during the Covid crisis of last year.

“The experience of it all was amazing. I had been angling for the show for a long time – it was a lifelong ambition, and it didn’t disappoint at all. I knew I was in the company of legends, and they took me on board and made me really welcome.”

Starring in Educating Rita provides her with a welcome return to the stage.

“I’ve not been on the stage for four years and having to tap into that different skillset has been a bit frightening but it’s good to get back to my roots.”

Growing up by the seaside, Swanage ‘feels like home’

The show also means a reunion with the director, Alice Bartlett, who gave the actress her first break ten years ago, fresh out of drama school.

“It’s a joy to be back with her. She’s extremely intelligent and patient and a force to be reckoned with in terms of directors.”

The play, with just two acting parts, was written by Liverpudlian playwright Willy Russell and has become a modern classic.

It tells the story of two people from very different worlds who find an unlikely connection. Rita, a 26-year-old Liverpudlian hairdresser, is on a quest to ‘better herself’.

Pursuing her passion for English literature, she enrols in an Open University course. Frank, a middle-aged university lecturer and Rita’s tutor, is bitter and cynical. Pained by his art, his medication is alcohol.

“I think it’s phenomenal. There’s no actress who wouldn’t want to play that part. There are only a few standout plays for women and when you get one of those roles you know you’re in a really privileged position.”

She will be joined by Keith Hill, enjoying his third season at Swanage. His previous appearances for Swanage Rep include Sir Humphrey in the play Yes, Prime Minister in 2017 and the doctor in the Railway Children in 2018.

“It’s always a worry when you join up in a two hander but the working relationship is spot on – we’ve grasped each other’s way of working and been able to encourage each other.”

In rehearsals – their acting is ‘instinctive’ producer says

“The script is amazing but they are adding an instinctive, very truthful portrayal to each of the characters.”

Director Alice Bartlett said: “I’m so thrilled to be coming back to Swanage – which holds many happy childhood memories for me.

“It’s a play about self-empowerment, aspiration and authenticity. It reminds us that learning is for life, not just for exams.” 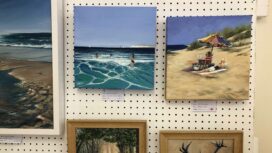 Swanage painters are back with a splash With plenty of new artwork, Swanage Painting Club’s summer exhibition has opened - the first time in two years. 1 week ago 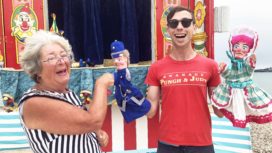 It’s no joke – Mr Punch signs three year deal with Swanage Town Council The traditional Punch and Judy puppet show is back on Swanage Beach and the mayor dropped by to deliver some good news. 3 weeks ago 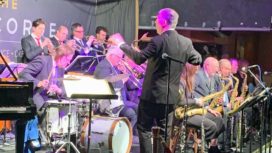