Two women from Wool arrested on suspicion of theft

Dorset Police investigating a series of vehicle crimes in Purbeck including in the Wareham and Wool areas, have made a number of arrests.

It was reported that between Thursday 12th November and Tuesday 24th November 2020 at least 12 offences occurred including theft from vehicles, theft of vehicles and attempted theft.

Tools were taken from the vehicles

Detectives say that on a number of occasions it was reported that tools were taken from the vehicles. A bank card was also reportedly stolen on one occasion and is alleged to have then been used fraudulently.

All four have been released under investigation while officers continue to make enquiries.

“We take reports of this nature seriously as we recognise the impact these matters can have on victims.

“We have been making a number of enquiries and took proactive action to arrest four individuals in connection with these reported incidents.

“I would urge vehicle owners to ensure their cars are left secure at all times and that tools are removed from vehicles overnight.” 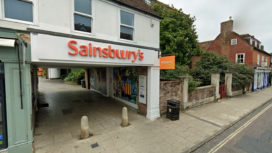 Woman receives eye injury from thrown keys in Wareham A man has been arrested after a set of car keys were thrown at a woman through an open car window outside a Wareham supermarket. 2 weeks ago 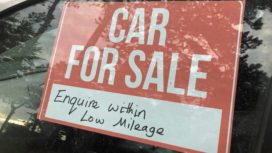 Local community warned about second hand car scam in Dorset Police are urging anyone selling a second hand car to be on the lookout for two men who've visited homes in Dorset and tried to scam sellers out of thousands ... 2 weeks ago