Purbeck Police says that the discarded rubbish left by overnight campers in Studland is “appalling and simply not acceptable”.

On its social media account, Purbeck Police posted pictures of the scene that greeted them and the National Trust team, following reports of people camping overnight in the area.

This will be followed up

“Unfortunately for the people who decided to leave with the fire still warm and their rubbish sprawled all over the area, you also left personal details for me to find. You will hear from the police in due course and this will be followed up.”

The items left at the beauty spot, which is a designated National Nature Reserve, included clothes, cheap tents, plastic chairs, drink cans and a toothbrush.

The police also reported that it was intending to move on 30 overnight campers from South Beach in Studland.

Two people run over by own car at Lulworth Emergency services responded quickly to reports that a car had rolled 30 metres down the cliff near Durdle Door Holiday Park. 2 days ago

Police investigation as Swanage Fire crew damp down heath fire For a second day, fire crews were at Boveridge Heath near Verwood following a blaze that destroyed more than 12 hectares of forest. 4 days ago

Swanage Fire crew among 140 firefighters at Dorset heath fires Fanned by high winds and made worse by dry conditions, two heath fires broke out in Dorset on Bank Holiday Monday. 5 days ago 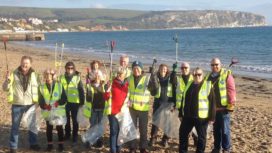 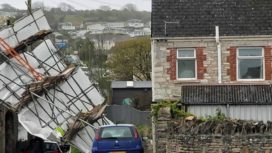 Gales up to 65mph cause damage in Swanage Forecast high winds caused disruption in Swanage as scaffolding, trees and phone wires were all toppled by the gusts. 4 days ago 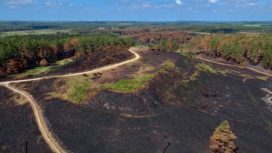 Swanage says farewell to Henry The funeral procession for 25 year old Henry Searle, who valiantly fought brain cancer for far longer than doctors ever expected, will take place through Swanage. 3 weeks ago Man in his 20s rescued by kayakers after Old Harry fall 7 days ago Serious car crash closes road just outside Corfe Castle 2 weeks ago Mayday at Swanage Beach as dogs banned and road closed 1 week ago Studland to get vehicle tow-away zone for summer 2 days ago

Great Dorset Beach Clean to go ahead in Swanage Despite being cancelled in 2020 due to Covid, the Great Dorset Beach Clean is back and will take place across 22 local beaches including Swanage and Studland. 14 hours ago New Swanage Town councillor named 1 day ago Studland to get vehicle tow-away zone for summer 2 days ago Two people run over by own car at Lulworth 2 days ago Swanage voters go to the polls 3 days ago