The provision for pedestrians in front of Swanage station, the Co-op and the medical centre is ‘very poor’ according to a report under consideration by Swanage Town Council.

The feasibility study by highway consultants WSP highlighted the ‘hodgepodge’ of uneven surfaces, a narrow pavement by the bus stops which was often blocked by the queue for the bus, and the lack of safe crossing points for those with mobility issues or visual impairment. It also found that the lack of direct pedestrian routes, meant that people often walked in the road, across the front of the station to the Co-op.

WSP were commissioned by Dorset Council, on behalf of Swanage Town Council to undertake a pedestrian safety feasibility study of Station Approach and to provide recommendations for improvements.

Station Approach is owned by Swanage Town Council. The Co-op, Swanage Medical Practice and Swanage Railway are all leaseholders.

In the findings, the report says:

“General footway widths and routes are also substandard. Creating an uneven surface with many different textures and shades of material, without direct line of sight to required destinations.

“All of which can be uncomfortable and off-putting to many people, especially those with sight and mobility considerations.”

It was also pointed out that the existing pedestrian crossing points currently fail to meet basic highway safety standards with no tactile paving for the visually impaired and they often don’t align with the corresponding crossing point on the other side of the road.

“Indeed, in most cases, if only tactile paving were to be provided at these existing dropped crossings, sight impaired pedestrians would be directed into the flow of oncoming traffic, rather straight across the road at 90 degrees.”

The pavement is narrow and when there’s a queue for the bus, people often have to walk on the road to get by

The report offered three options of varying degrees of proposed change and cost.

First option with minor interventions would bring the location up to current highway standards and best practice. In order to achieve this, the suggestions include removing the current bus shelters, increasing the depth of the pavement outside the station by a metre, repositioning all the pedestrian crossing points and at each crossing, installing tactile paving.

As this work would add to the hodgepodge of surfaces, it’s also recommended to resurface the whole area with no slip or trip hazards, ideally in a contrasting colour to the road.

It recognises that removing the bus shelters would be unpopular in cold and wet weather and suggests that new canopies, sympathetic to the historic frontage of the station could be installed in agreement with Swanage Railway.

The basic cost is estimated at £50,000 with additional funding required for new canopies and the contrasting pavement resurfacing.

Second option includes significantly widening the pavement in front of the station which would allow for the bus stops to be repositioned and the kerb raised to allow disabled bus access via a raised platform.

However this would require, with the agreement of the taxi drivers, the reconfiguration of the taxi rank on the other side of the road, to run parallel to the road. This would be a more traditional taxi rank layout, allowing customers to clearly see the front of the taxi queue.

Pedestrian routes could be improved linking the station, medical centre, supermarket and car parks. One of the proposals is to remove the walls running on either side of the footway adjacent to the Co-op entrance.

If the Co-op was in agreement, this would allow a wider access route for prams and mobility scooters, as well as giving pedestrians a more direct route to the supermarket without having to walk into the car park. The trolley park would also have to be moved.

The likely build costs of the second option would start at £100,000 to create meaningful change.

The third option is the most radical and the most expensive. This option proposes to limit vehicle access to the area in front of the railway station to buses, taxis and “appropriate” service vehicles. This would require creating a one way system for users of the car parks, retaining the current road entrance and making a new exit via the current Co-op service road.

The general layout in front of the station would be the same as option two but with reduced vehicle movement, an attractive shared surface ‘plateau’ or plaza area could be created.

This option would require agreement and active participation from all the adjacent leaseholders including the Co-op, medical centre and Swanage Railway. It’s estimated to cost around £200,000.

The report concludes by recommending option two because, “it strikes a balance between encouraging and sustaining safer active travel usage, without unduly disadvantaging traffic behaviour.”

The feasibility report was presented to councillors at the Swanage Town Council traffic management advisory committee on Tuesday 22nd November 2022.

While no decision was made at this early stage, it was agreed that the first step would be to discuss options with the leaseholders including the medical centre, the Co-op and Swanage Railway.

“This is the second report that the council has received highlighting significant risks to users of the area and we must take that seriously.”

“Ideally, for the sake of safety, it would be good to have a one way system where all the vehicles from the Co-op car park exit via the current service road, leaving the area outside the station just for buses, taxis and pedestrians. But would the majority of residents, and indeed the Co-op, want that?”

“Hopefully we can work with Swanage Medical Practice, the Co-op, the taxi drivers, bus company and Swanage Railway to achieve what’s best for Swanage residents.

“It would be a major achievement to raise the pavement outside the station and enable disabled ramp access to buses, but that will require agreement from others

“We shouldn’t forget that the area is the first place that visitors see in Swanage, when coming off the train or the bus and we need to make it welcoming!”

The report will now be sent to the Swanage Town Council planning committee for consideration before any decisions which will be made by the full council.

This issue at Station Approach is just one of the future challenges that Swanage Town Council is facing.

In order to work out its overall priorities for the next three years, the council is currently consulting with residents on its corporate plan for 2022 to 2025.

This mainly covers the services that it provides for residents including allotments, cemeteries, car parks, public toilets, sports facilities, parks, gardens and play areas, as well as its aim to become carbon neutral by 2030.

Anyone who wishes to have their say, can pick up a paper copy of the survey from the Information Centre on Shore Road or Swanage Library or they can fill out the survey online

All responses must be submitted by Wednesday 30th November 2022. 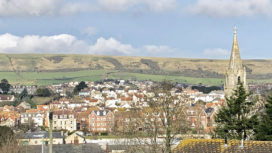 Swanage aims to take back control over town planning Work has begun to create a neighbourhood plan for Swanage which is likely to include new policies on affordable housing, second homes and new building developments. 1 month ago 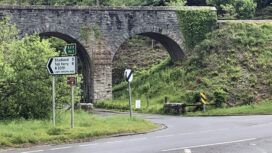 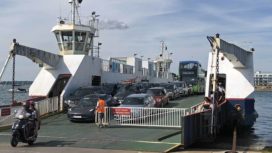 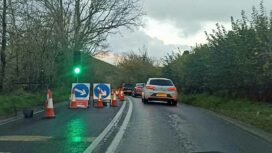 Roadworks near Corfe Castle to continue for ‘further three days’ Temporary traffic lights, which are causing traffic queues on the A351 near Corfe Castle, are expected to stay in place for a few more days while BT repairs a collapsed ... 3 weeks ago