The 1940s village hall in Herston in West Swanage is set to be demolished and replaced with an energy efficient building, future proofing its use as a community centre.

Planning permission has been granted to build a multi purpose hall with a meeting room and a two bedroom flat, despite some objections from local residents.

The land for the village hall in Jubilee Road was originally donated by the Tomes family in 1946 for community use and a group of volunteers then set about putting up a prefabricated building using limited post-war resources.

The building became a well used community building at a time when very little else was available, however over the years the fabric of the building has decayed.

There was an attempt to renovate the village hall by the trustees, the Swanage and Purbeck Development Trust but it was quickly realised that the building had reached the end of its useful life.

“We tried to upgrade the building, but its 76 years of life had taken its toll, on what was originally built as a temporary building. We were advised by engineers that it had reached the end of its useful life, with signs of serious deterioration.

“We then asked local architects Morgan Carey to design a showpiece community building, which was sensitive to its location, to fit in with its neighbours while being something that local people could be proud of.

“It also has strong green credentials so that it does not impact upon the environment and will be able to run at a low cost using renewable energy sources for power and heating.

“The benefits of renewable energy are obvious, but also with lower, more predictable running costs the trust is able to continue to offer low cost community use of the building for a wide range of activities.”

Plan of the front view of the new building from Jubilee Road. The front porch was modified during the planning stage to fit better with the next door property

Addition of a two bedroom flat

The building designed by Mark Carey of Morgan Carey will include solar panels, air-source heat pumps, and natural ventilation. It’s planned to use construction materials that are easy to maintain and repair. There will also be secure cycle racks.

In addition to the current community facilities, the new building will have the addition of a two bedroom flat that will offer low cost rental accommodation for local use.

The village hall is opposite where the old St Mark’s First School used to be. It has now been replaced with housing

Some neighbours objected to the plans on the grounds of noise, disturbance and the concern over the lack of parking.

However the Dorset Council planning officer concluded that those problems were unlikely to be any worse than what already exists and that the public benefit of an improved community facility outweighed any harm.

As it was anticipated that the larger hall may increase the intensity of its use, a restriction was imposed by the planners, allowing the hall to only be used between 7 am and 11 pm.

“Be there for generations to come”

“The trust wants to replicate what has been achieved on site for the last 76 years, and beyond, so that the people of Herston and surrounding areas have confidence that this facility, being built for them, will be there for generations to come.

“There’s a lot of work to be done in terms of raising the necessary funding, to carry out the development, and this is due to begin in January, with launch events and applications to national grant funders.

“We already have a lot of support from local organisations and we’re hoping to extend this further and get more local people involved – it is their local village hall!”

In the meantime, the current hall will continue to run a number of community events throughout the week. 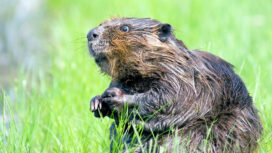