A service to mark the end of World War One was held at 11 am on Thursday 11th November 2021 at Swanage War Memorial.

At the war memorial on the Recreation Ground, the reverend John Cooper conducted a short service followed by the Last Post and a two minute silence to remember the servicemen and women who have died.

Children from local schools including The Swanage School, Swanage Primary, St Mark’s and St Mary’s were invited to plant poppy crosses in remembrance.

Children from Little Birds nursery laid paper poppy wreaths that they had made all watched by the many local people who came to pay their respects.

Representatives from the UK Armed Forces

There were also representatives from the Royal Marines, Royal Navy, RAF, Army and the Army Air Corp. 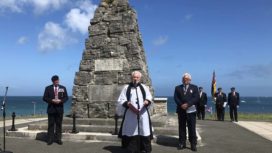 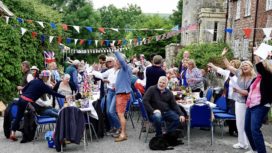