Tank back on track after repair appeal hits fundraising target

Thanks to the generous donations of supporters and enthusiasts, one of the Tank Museum’s most iconic vehicles will be able to get back into action again.

In 2020, the museum’s Churchill Mark III tank – the only one of its kind still operational – fell into disrepair after broken parts fell into its clutch.

The Tank Museum needed to raise £5,000 to cover the costs of repairs – and its supporters answered the call to action, shelling out the funds to help get Churchill back on its tracks.

“We are incredibly grateful”

“We are incredibly grateful for this contribution from our supporters at a time when we appreciate that finances are difficult for everyone – not just this museum.”

“In working order, this vehicle plays an important role in allowing us to tell the story of the men who fought in these machines during the Second World War. With these funds we can now pay for new parts to be forged which will be installed by our workshop team.”

The Tank Museum’s Churchill Mark III tank is owned by the Churchill Trust, but remains under the museum’s care.

This is part of a 20 year partnership, at the end of which it is expected that this tank will be gifted to the museum.

The Churchill Mark III is a World War Two era vehicle. The model saw action all over the Western front, including Tunisia, Italy and even the critical Battle of El Alamein.

While The Tank Museum is currently closed due to the Covid lockdown, enthusiasts can find out more about the collection on its YouTube channel.

This includes a series called the Tank Workshop Diaries – which will include the Churchill’s repairs in due course. 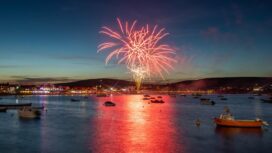 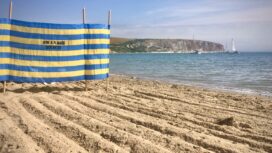