Following 90 objections to the reversal of traffic flow of Kings Road East, Dorset Council has announced a date when everything will revert back to normal.

The decision is also in response to Swanage Town Council councillors, who at their recent council meeting agreed that the temporary road scheme wasn’t working and in fact branded the increased amount of traffic heading along the High Street and Church Hill as “dangerous”.

The experimental traffic plan has also meant that large lorries are forced to go along a narrow stretch of the High Street by the Legion or try to get round a tight bend in Church Hill.

This scheme was first introduced when Institute Road was closed for highway improvements and it was the only way to provide a route through town for traffic to get to south Swanage.

The line markings at the junction of the High Street and Kings Road East, which will now be removed

With many Durlston residents keen to be able to take an alternative route to their homes, avoiding the busy Institute Road, Swanage Town Council asked for the reversal to remain in place as an experimental order, after Institute Road had reopened. Local residents were also asked to contribute to the Dorset Council consultation.

Now, Dorset Council says that the order will be suspended, with Kings Road East reverting to an out-of-town flow from Thursday 13th August 2020. The weight restriction on High Street will also be reinstated.

“Opportunity to put into practice a long sought-after additional route”

“We’re always happy to work with town and parish councils to investigate what can be done to help improve highway conditions in their area.

“Working with Swanage Town Council there was an opportunity to put into practice a long sought-after additional route into the town and gain feedback from residents.

“It’s clear from the representations made that this route does not work for local residents.”

Dorset Council highways team says that an Experimental Traffic Regulation Order (ETRO) can only be modified or suspended, rather than revoked. So on paper the Kings Road East ETRO will continue to run for its full 18 months but the suspension overrides this, allowing the road to revert to its original flow earlier than anticipated. 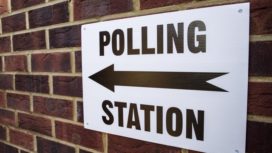 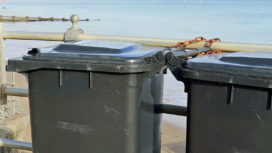 Keeping most services running through lockdown says Dorset Council As Swanage settles in for another pandemic-necessitated lockdown, Dorset Council has released a list of its services, detailing what’s open, what’s shut and what is continuing but with restrictions. 2 weeks ago 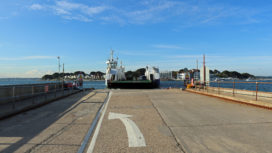 National Trust implores ferry company to give locals a bigger discount The public inquiry to decide whether the Sandbanks Ferry company can increase the price of its tolls, heard the views of the National Trust on the third day of proceedings. 2 weeks ago 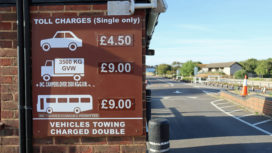 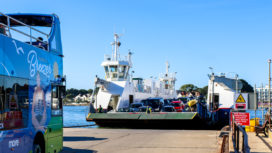 Will the Sandbanks Ferry tolls go up? Public inquiry has started The Sandbanks Ferry company wants to increase its prices but because of objections, the matter is now to be decided by a government appointed planning inspector. 2 weeks ago

Many Swanage residents split between tiers as stricter Covid restrictions announced Dorset Council area is moving to tier three, while BCP council area, with its higher number of cases, is moving to tier four. 3 weeks ago Swanage creates its own blockbuster to boost business! 1 month ago Starling murmuration at Studland – watch the spectacular show! 1 month ago Lockdown 3 – Swanage takeaway and shops to get you through the worst sequel ever 2 weeks ago Landslip warning along Swanage coastline following wet weather 4 weeks ago

Beware of icy roads as wintery weather set to hit Purbeck Swanage and Purbeck residents should take extra care on the roads as frosty conditions are forecast for the south west of England. 13 hours ago Swanage Pier’s finances take a battering from Covid storm 22 hours ago Swanage Town Council launches plan to tackle climate change 2 days ago Lockdown beat for the police across Purbeck 2 days ago Storm Christoph: Swanage set for heavy rain as warning issued 3 days ago